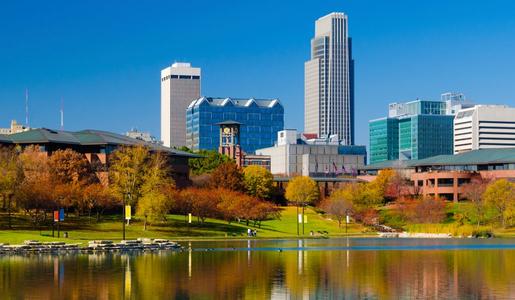 REVIEW US AT GOOGLE, FACEBOOK AND YELP AND CLAIM YOUR $10 OFF

Price Cleaning Services Omaha`s goal is to simplify our client’s lives by saving them valuable time and energy in the most environmentally responsible manner. By taking cleaning off your “to do” list, time is freed up for family, friends and fun!

Our staff is comprised of professional Home/Office Cleaning Technicians that are employees rather than independent contractors, providing protection for our clients. If there were any accidents, either property or personal injury to the cleaner, our insurance would cover any loss. Our carpet and window cleaning expert also carries insurance, so you have no worries! Many consumers don't realize that if they hire an independent cleaner (not a legitimate business), they are the consumer and the employer. They will be responsible for paying payroll taxes, Social Security, Medicare, unemployment insurance, and worker’s comp insurance for the independent worker. With us, you have none of these worries!

Our employees have been rigorously trained. For our client’s peace of mind, each employee agrees to be background checked and drug tested. Our company is fully bonded. In addition, we carry both Worker’s Compensation and Liability insurance. You can rest assured the person in your home has integrity, is trustworthy and is held accountable to the LCS policies and standards.

We really want to earn your business for the long term and this is why we offer such amazing prices without sacrificing quality. Here at Price Cleaning Services, we price our services according to our client’s budget; what works for our clients, works for us! Our pricing structure is simple and very competitive! We are flexible with what works best for you. Our prices are based on labor hours and are $30.00/hour for three hours or more, $60.00 for two hours, and $45.00 for one hour of service.

Our Mission:  To make our customers feel like they are the most important people in the world - because to us, they are!  We accomplish this by recognizing integrity as our core value from which we deliver exceptional service, state of the art cleaning and the utmost respect for our employees and our clients.

Price Cleaning Services Omaha is not a franchise, but a small business that is owned and operated by a trustworthy and competent husband and wife team. Our employees are carefully chosen and thoroughly trained.  Our jobs are well supervised to ensure an exceptionally cleaned home or office every time.  Price Cleaning Services Omaha is an insured and bonded business that offers dependable and meticulous cleaning services. We have developed a quality system to ensure consistent, meticulous results every time. We offer weekly, bi-weekly or one time cleanings for residential and small commercial offices.

At Price Cleaning Services Omaha, we promise to: 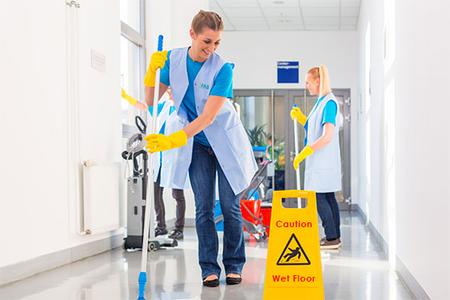 Our Goal Is to Make Our Customers' Lives Better

HOW MUCH DOES IT COST? SEND US A MESSAGE NOW

Thank you for contacting us! If needed, you will hear back within 48-72 hours.

Omaha (/ˈoʊməhɑː/ OH-mə-hah) is the largest city in the state of Nebraska and the county seat of Douglas County.[6] Omaha is located in the Midwestern United States on the Missouri River, about 10 miles (15 km) north of the mouth of the Platte River. Omaha is the anchor of the Omaha-Council Bluffs metropolitan area, which includes Council Bluffs, Iowa, across the Missouri River from Omaha. According to the 2010 census, Omaha's population was 408,958, making it the nation's 44th-largest city; this had increased to 446,970 as of a 2016 estimate. Including its suburbs, Omaha formed the 60th-largest metropolitan area in the United States in 2013, with an estimated population of 895,151 residing in eight counties. The Omaha-Council Bluffs-Fremont, Nebraska-IA Combined Statistical Area is 931,667, according to the U.S. Census Bureau's 2013 estimate.  Nearly 1.3 million people reside within the Greater Omaha area, comprising a 50-mile (80 km) radius of Downtown Omaha, the city's center.

Omaha's pioneer period began in 1854, when the city was founded by speculators from neighboring Council Bluffs, Iowa. The city was founded along the Missouri River, and a crossing called Lone Tree Ferry earned the city its nickname, the "Gateway to the West". Omaha introduced this new West to the world in 1898, when it played host to the World's Fair, dubbed the Trans-Mississippi Exposition. During the 19th century, Omaha's central location in the United States spurred the city to become an important national transportation hub. Throughout the rest of the 19th century, the transportation and jobbing sectors were important in the city, along with its railroads and breweries. In the 20th century, the Omaha Stockyards, once the world's largest, and its meatpacking plants gained international prominence.

Today, Omaha is the home to the headquarters of four Fortune 500 companies: mega-conglomerate Berkshire Hathaway; one of the world's largest construction companies, Kiewit Corporation; insurance and financial firm Mutual of Omaha; and the United States' largest railroad operator, Union Pacific Corporation. Berkshire Hathaway is headed by local investor Warren Buffett, one of the richest people in the world, according to a decade's worth of Forbes Magazine rankings, some of which have ranked him as high as No. 1. Omaha is also the home to five Fortune 1000 headquarters: Green Plains Renewable Energy, TD Ameritrade, Valmont Industries, Werner Enterprises, and West Corporation. Also headquartered in Omaha are First National Bank of Omaha, the largest privately held bank in the United States; three of the nation's largest 10 architecture/engineering firms: DLR Group, HDR, Inc., and Leo A Daly;[10] the Gallup Organization, of Gallup Poll fame; and its riverfront Gallup University. Enron began in Omaha as Northern Natural Gas in 1930, before taking over a smaller Houston company in 1985 to form InterNorth, which Kenneth Lay moved permanently to Houston, in 1987.

The modern economy of Omaha is diverse and built on skilled knowledge jobs. In 2009, Forbes identified Omaha as the nation's number one "Best Bang-For-The Buck City" and ranked it number one on "America's Fastest-Recovering Cities" list. Tourism in Omaha benefits the city's economy greatly, with the annual College World Series and Triple Crown SlumpBuster providing important revenue and the city's Henry Doorly Zoo serving as the top attraction in Nebraska as well as being named the best zoo in the world by Trip Advisor in 2014.  Omaha hosted the U.S. Olympic swim trials in 2008, 2012, 2016, and will host them again in 2020.

Notable modern Omaha inventions include: the bobby pin and the "pink hair curler", at Omaha's Tip Top; Butter Brickle Ice Cream and the Reuben sandwich, conceived by a chef at the then-Blackstone Hotel on 36th and Farnam Streets; cake mix, developed by Duncan Hines, then a division of Omaha's Nebraska Consolidated Mills, the forerunner to today's ConAgra Foods; center-pivot irrigation by the Omaha company now known as Valmont Corporation; Raisin Bran, developed by Omaha's Skinner Macaroni Co.; the ski lift, in 1936, by Omaha's Union Pacific Corp;[14] the "Top 40" radio format, pioneered by Todd Storz, scion of Omaha's Storz Brewing Co., and head of Storz Broadcasting, which was the first in the U.S. to use the "Top 40" format at Omaha's KOWH Radio; and the TV dinner, developed by Omaha's Carl Swanson Co.

Life is too short to clean your own home! Our team at Price Cleaning Services Omaha is here for you. We provide elite cleaning services designed to keep your home sparkling and beautiful so that you can focus on things that matter more, like your family and friends.

Not only do we provide our customers with clean homes or businesses, but we do our part to keep the earth clean, too. We focus on using green cleaning materials that are environmentally responsible or sustainable. We are one of the few cleaning services in Nebraska to do this.

We use a proven system to ensure that our homeowners are happy with the result of our work. Our system has proven effective in over twenty million cleans. It is designed to be thorough and detail-oriented, and to emphasize quality.

We have excellent customer reviews.

Our clients trust us and recommend us to their friends and loved ones. We create relationships with our customers, generating loyalty and trust.

We take measures to ensure your confidence.

Our company is insured and bonded, and all of our employees go through stringent screening and training for your peace of mind.